Today is the release date for our first album Goodnight, Cruel World! 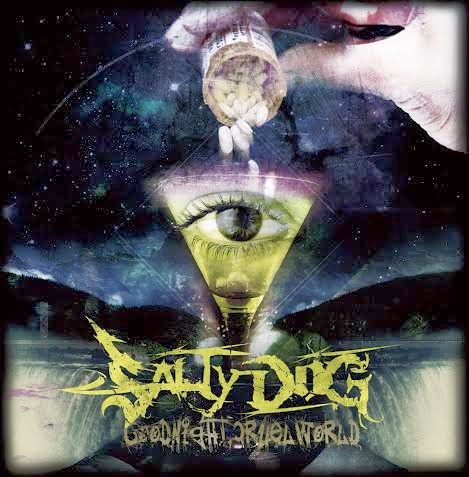 We have a lot to do today, but luckily I was up at 7 this morning :P This will definitely come back to me in the evening.
Anyway, I wanted to write a little bit about the meaning behind the title, because it's not as dark as it sounds.

First of all, "goodnight, cruel world" was a thing I used to write on my twitter before signing off for the night, just as I was starting to get into emo music and that image. It was meant to be a little ironic, not to poke fun at people with actual depressions or suicidal thoughts ofcourse, but just to laugh at myself a little, I do things like this a lot.
Tomoya, not knowing the actual meaning, thought it was a cool sentence, and said "why don't we use that as an album title?".
This was even before Kento joined the band, and the ideas for the album weren't planned out yet. We just had this title.
Then, as the last song we finished on the album, we made the song "Goodnight, Cruel World", which made me really think about what I actually mean by that.
The lyrics for the song, which I will be posting next week, came to be about children uniting and fighting the "grown-up society", substituting archaic and outdated rules with fresh new ones, and not accepting the ways that the adults try to keep them down and convince them to just follow the old ways  (should be a hot issue in Japan btw).
I wanted to tell boys and girls to be allies and go towards the future together, not treat each other like enemies and like members of two different species, like a lot of us have been taught. Because being equal is also one of the important new rules.
But I wanted to do it all in a fun way, so yes the song is aggressive towards it's "enemies", but encouraging towards it's allies.
Make sense?
Maybe not :P
Anyway, here is the song:


As for the album cover, we wanted something that was about partying and being a stupid, because there is a lot of that theme in the songs (like Night of the Dancing Dead, Ice-cream Headache and also to a certain degree Screams Within), and we thought drugs and booze was way to symbolize this. The cocktail fitted perfectly as our band name is the same as a cocktail, but we actually decided that the two together, paired with the title, was a little too dark. For some reason, however, the designer sent us this and we kind of fell for it ^^; Chances are most Japanese people won't understand it anyway, but I'm hoping people outside Japan will like this album too. 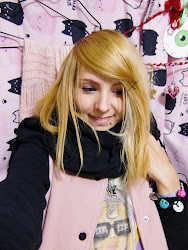 This blog and me

My name is Inger, I'm the vocalist of the Japanese emo pop band SALTY DOG (Tokyo, Kanagawa, Chiba).
I'm also an art major student at Tokai university. I love to draw and make comics (check out my art blog if you want!). And ofcourse I'm a big fan of the underground rock scene in Japan.
I was born and raised in the Kingdom of Norway (you know, the country that spawned What The Fox Say).
Nice to meet you!

Comments are welcome!
(please be nice though^^) 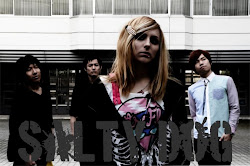 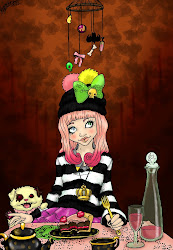